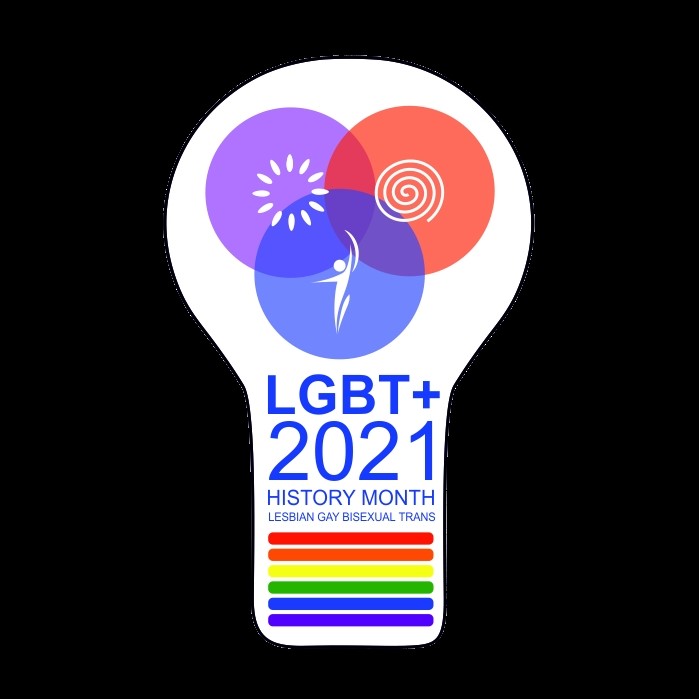 Every February since 2005, LGBT History Month aims to promote tolerance and raise awareness of and help to combat the prejudices faced by lesbian, gay, bisexual and transgender people. It started as a Schools OUT UK project. Although some of the press have dismissed the project as just ‘political correctness’, LGBT people continue to suffer disproportionately not just from discrimination by employers, family members and the public, but also from unprovoked violence. In 2018/19, 21% of LGBT+ people experienced a hate crime or discrimination, rising to 41% for trans people. There is still a long way to go to gain acceptance and equality!
The project tries to educate the public about the fact that LGBT+ people have existed throughout history (and prehistory!) and that some past societies have been more welcoming of diversity than our own. North Hertfordshire Museum has joined the scheme. Although we have not previously collected items relating to LGBT+ history, we are now looking for items that help to tell the story of local LGBT+ people.
Over the coming weeks, I’ll be posting stories relevant to North Hertfordshire, however tangentially.

James Allen, landlord of The Sun in Baldock

Our first story involves a couple who briefly ran a local pub, although most of their story took place in London.
A marriage between James Allen, a groom for a Mr Ward of Camberwell Terrace but originally from Great Yarmouth, and Abigail Mary Naylor (who preferred to be known as Mary), a maid in the same house, took place on 13 December 1808. After James fell ill during their honeymoon, Mary returned to the house where she worked. James got a job with his previous employer, Mr Lonsdale, in Blackheath. The couple stayed in contact mostly by letter, although they did meet up occasionally. 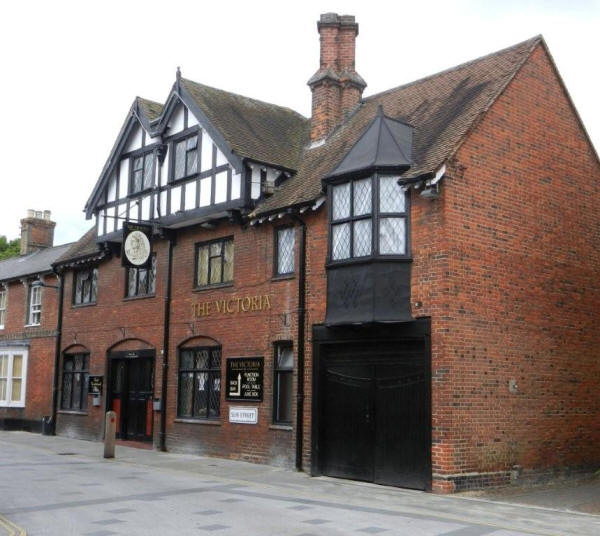 After eight months, during which time James had taken on the license of The Sun (now The Victoria) in Baldock, they became landlord and landlady. After running the pub successfully, they suffered a burglary and lost all their money. Returning to London, James became a labourer in a vitriol manufactory before becoming a pitch-boiler in a Mr Crisp’s shipwrights’ yard.
While working there, James dressed in sailors’ clothes and always wore a thick flannel waistcoat, popular with ship-builders at that time. In January 1829, James was killed while working in a sawpit. He was taken to St James’s Hospital, where the doctor who examined him found that his skull had been completely crushed, killing him instantly. When he undressed James, the doctor was shocked to discover that he was actually a woman ‘perfect in all respects’.
Called to the hospital, Mary claimed to be equally shocked to discover that her husband was a woman. This was after more than twenty years of marriage! A journalist who interviewed a neighbour claimed that Mary had noticed James’s high-pitched voice and when she mentioned it, he became angry. Given their happy and long marriage, this doesn’t seem at all likely. 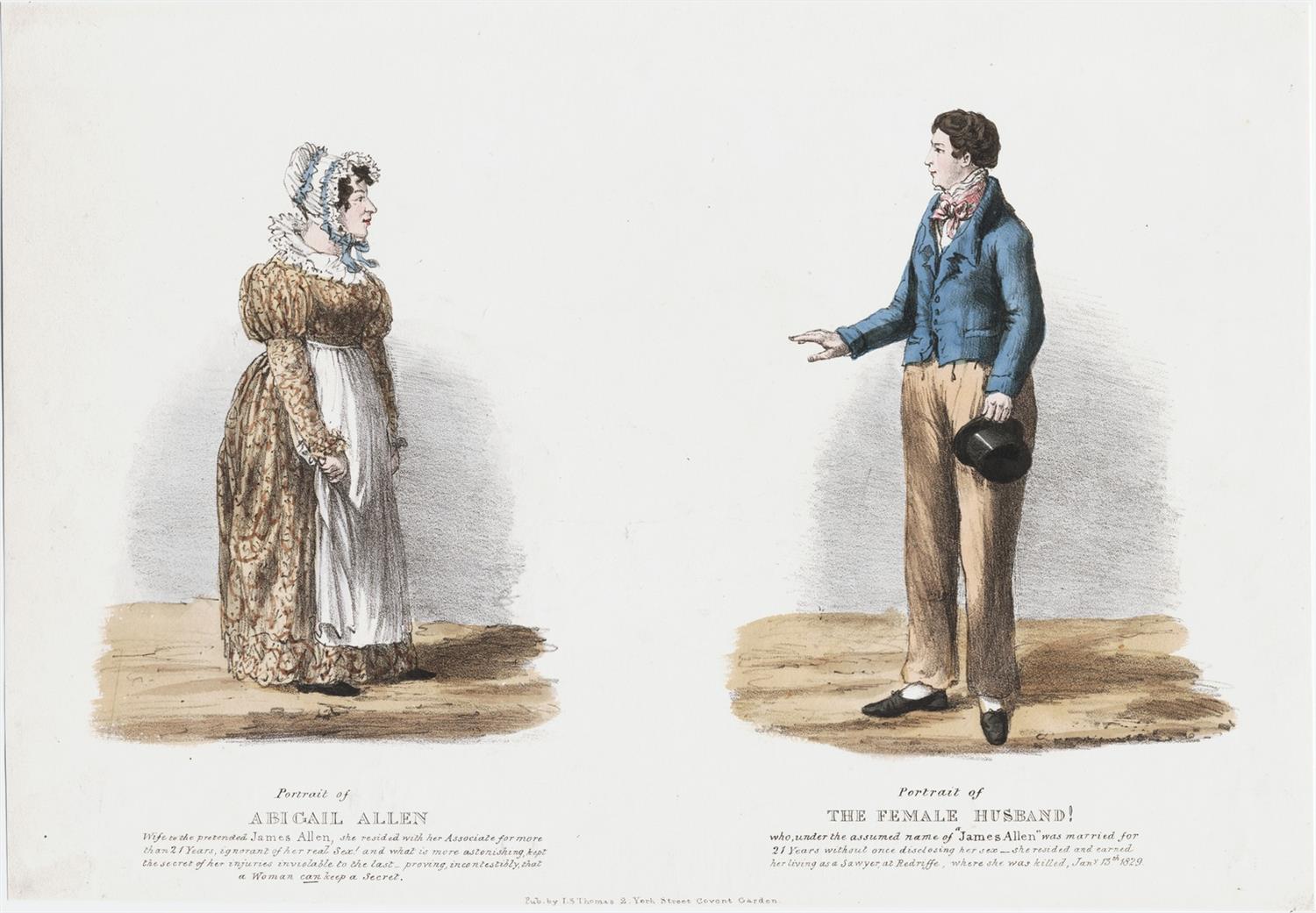 An inquest held into the cause of death revolved mostly around questions about James’s sex and whether it had aroused the suspicions of his co-workers. One described how he had ‘a very weakly voice and was without a beard or whisker’. Nevertheless, the doctors always referred to James as ‘he’ and at no point expressed shock, disgust or disapproval of him or his marriage to Mary. They even seen to have gone out of their way to make sure that in all their dealings with the deceased and his wife, they did not question the reality of their marriage or relationship.
The story caused a sensation in the press, being reported in Exeter, Leeds, Scotland and elsewhere. A huge crowd of sightseers attended James’s funeral. According to The London Evening Standard, these included ‘resurrection-men’, grave-robbers who stole the corpses of the recently dead for medical students. Doctors at the hospital took precautions to make sure that the body was not stolen: James was buried in a vault in a private burial ground, in St John’s, Bermondsey, which was secured and guarded against body-snatchers.
What is so remarkable about the story is the acceptance of the medical establishment that James and Mary were a true married couple. Although recognising that James’s body was that of a woman, they were careful to treat him as a man. The only suspicions were raised when journalists went looking for a story: none of James’s work colleagues had ever questioned his manhood and he had been a good, capable manual worker.
Modern society has much to learn from the doctors who examined James’s body. Despite recognising that he had been born a woman, they regarded him as a man, as had his wife, friends and colleagues. Those who think that transgender people are a modern phenomenon, even a fad, would do well to reflect on the stories of people like James Allen.
LGBTQ Nation’s longer version of James and Mary’s lives.