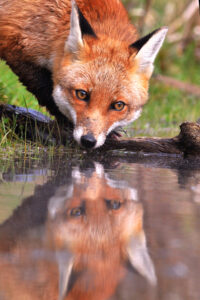 Nature in Focus: photographs of wildlife and landscapes of North Herts by Brian Sawford

Brian Sawford (1940-2020) worked for North Hertfordshire Museums from the 1960s until his retirement in 2005, during which time he took countless photographs of the varied landscapes and wildlife of the district. He was a talented photographer and well-known naturalist, serving in various roles for the Letchworth Naturalists for many years. He spent much of his long career as Senior Keeper of Natural History at the former Letchworth Museum. Brian contributed much to the natural history of Hertfordshire through his talks, guided walks and publications. These included The Butterflies of Hertfordshire, Wildflower Habitats of Hertfordshire and Wildlife of the Letchworth Area, all illustrated with his own photographs. He sadly passed away in 2020 and this exhibition has been put together by the museum together with his widow Terri and the Letchworth Naturalists in his memory. It shows many of the rare and beautiful wildflowers and endangered birds we have on our doorstep and reminds us of the rich biodiversity of the district. 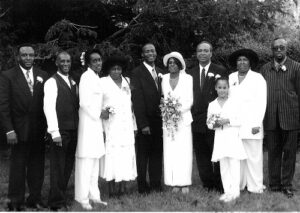 From Windrush to North Herts: a new life in a new country

5 to 31 October 2021
Although Black people have been living in North Herts for centuries – there is evidence for Africans living in Roman Baldock – we too often think of immigration as a recent phenomenon. Most famously, the shortage of workers after the Second World War led to recruiting people from Caribbean islands that were then part of the British Empire.

Those who crossed the Atlantic in the 1950s and 60s found themselves in a foreign and hostile land. They often worked in the dirtiest and most poorly paid jobs, found it hard to rent homes and had to face prejudice and discrimination. Many local factories, especially in Letchworth Garden City, employed large numbers of settlers.

In 2007, Hitchin Museum collaborated with Eric Blakely and Gurdev Delay in putting together an exhibition and book, North Herts African Caribbean Roots, with support from the Heritage Lottery Fund. Using a mixture of archive photographs – some of which form the present exhibition – personal recollections and poetry, the book is on sale in the museum shop.

We have very little information about the people in the photographs. If you are in any of them, or know someone who is, please tell us!

This exhibition is in The Arches, part of the upstairs Terrace Gallery.

Please check back regularly to see announcements of upcoming exhibitions.

Find out about past exhibitions here.