Now that I have come to the end of my internship with the North Herts Museums, and taken pictures of thousands of objects, I thought I would share my favourite object from the Social History Store at Burymead.

The object I liked most in the Social History Store was the wooden Bird House. 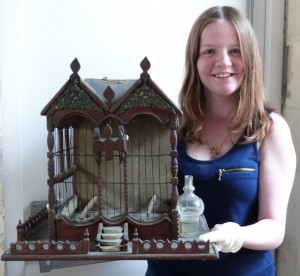 When we first discovered it in the depths of the store room, it was very dusty, and its only inhabitant was a lonely spider. But once we had taken the object out, dusted it off a little and taken the spider out it was clear that it was a very beautiful, decorative bird house.The birdhouse is very ornate and delicate, the bird house itself probably would have been a decoration in the front room.

In the 18th century, birds lived in dwellings that were similar of houses for people than for the birds themselves. Often made of expensive and exotic woods and built like miniature architectural models, these structures were found among the very rich and fashionable people of England and France. While structurally beautiful, most of these fantastic cages did little to support the needs of the bird. Often dangerous for the birds and difficult to clean, it’s amazing that the birds survived in these structures at all.

I particularly like the small set of steps leading up to the ‘door’, which were obviously useless for the bird, but make the entire cage look more like a house.

My Favourite Object at Burymead….and Goodbye!

Now that I am coming to the end of my time working for the North Herts Museum Service I thought it would be a good opportunity to share with you what is my favourite object in storage at Burymead.

I have chosen a selection of ‘Home Cookery’ magazines which date from 1911-1919. My reasons for choosing these are simply because I enjoy cooking myself and found it interesting to see the recipes people were using 100+ years ago. 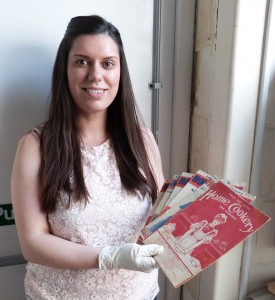 In the 1911 publication I particularly enjoyed the ‘Invalid Recipes’ which include Bovril Toast, Bovril Custard and Boiled Custard. I wonder which of those you would find most appealing? Personally I am not sure which I would prefer! 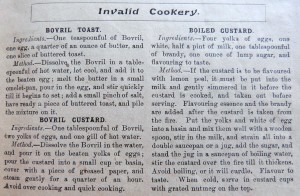 The second publication I have chosen is from the war period and is dated October 1915. The focus of this issue is on the cheap cuts of meat which can be found, and how to plan a week’s meals in advance. This includes substituting meat for other food stuffs including oatmeal and breadcrumbs to bulk out a meal. 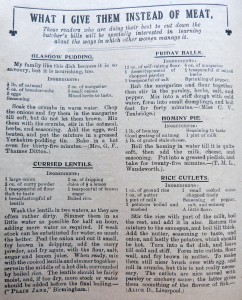 Wonderful news – we have heard that the Council has been successful in its Stage 2 Heritage Lottery Fund (HLF) bid towards the new North Herts Museum. We will receive a grant of £914,400 from the HLF, to fund the fit-out of the new museum, ensuring that it tells the story of the District through bright modern displays. 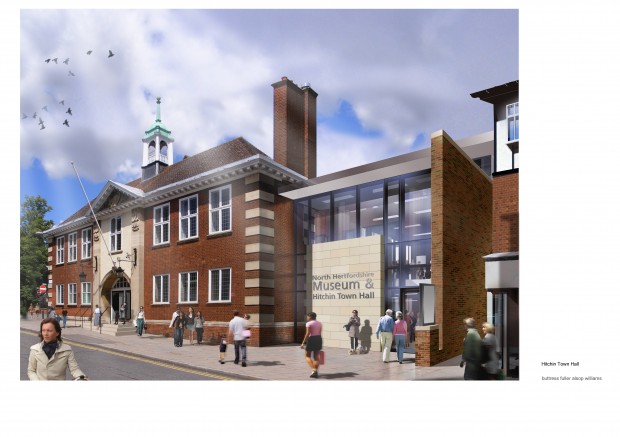 View of the entrance to the new North Herts. Museum

Downstairs there will be an introductory gallery telling the history of the District in a chronological manner, from prehistory to the 21st century. There will also be an air-conditioned temporary exhibition gallery on the ground floor, where we will be able to display high-quality works borrowed from other museums. The galleries upstairs will be themed, looking at how we have lived and worked in North Hertfordshire over the years. Some favourite items from the old museums will be re-displayed, as well as many pieces we have never before been able to display. Thanks to the HLF, the new museum will have state-of-the-art display cases and lighting. Some of the grant will go towards materials to help the cleaning and packing of the hundreds of museum objects that the team – of staff, interns and volunteers – is currently processing, and there is also funding for a part-time Audience Development post for the first year of operation. This is excellent news, and we are extremely grateful to the HLF for all their support.