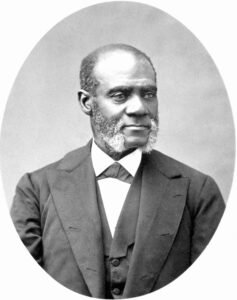 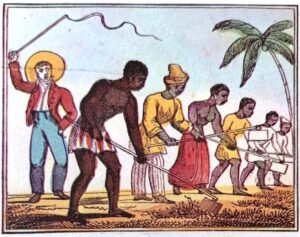 The ground floor of the new museum is now partly open, accessed via Hitchin Town Hall main entrance, Tuesday to Saturday 10.30am to 4.30pm. Visitors can see the ‘Discovering North Herts’ gallery, and the temporary exhibition gallery. Currently we have a really good exhibition of Shell advertising posters from the 1930s, with images of Britain by artists including Paul Nash and Graham Sutherland. This runs until 3 March, to be followed by ‘Artists at War’; WW1 art from the Ashmolean Museum, Oxford, starting on 17 March. 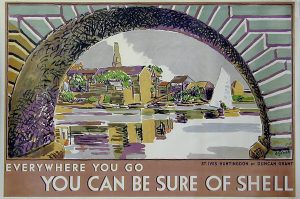 We’re running ‘Behind the Scenes’ tours of our upstairs ‘Living in North Herts’ gallery, on Mondays at 3pm and Thursdays at 5pm. These can be booked directly on Eventbrite, or else via on a link on the museums pages of the NHDC website: https://www.north-herts.gov.uk/home/museums/north-hertfordshire-museum

Another view of the upper gallery

Nowadays we use the Museum Facebook pages for updates rather than this blog, so it is worth keeping an eye on what’s happening there:
https://www.facebook.com/northhertsmuseum/

Although the museum is not yet open, we’ve had a very busy summer. Some of our activities have already been covered in previous blog entries, including our archaeological bone identification course, our Museum Champion young volunteers, and the grant-aided science days for school groups. In this blog I thought that I’d mention some of the other things staff have been doing behind the scenes. 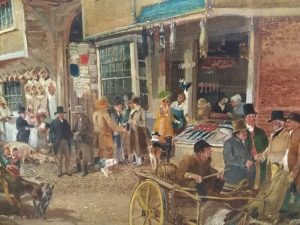 Detail from Samuel Lucas oil Hitchin Marketplace of 1840, to be displayed upstairs in the new museum.

All the items for display in the new museum are now on site, and we have had a few of the larger paintings glazed, to enable visitors to look at them more closely. These include the large Samuel Lucas painting Hitchin Marketplace, and two paintings of St Mary’s Church by the Belgian artist Gerard Ceunis. 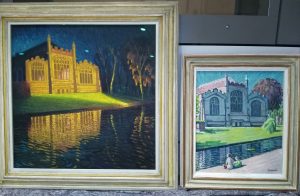 Our art collection is increasingly in demand for use as book illustration; this summer we’ve licensed paintings for the book Water, Wind and Steam, the Story of Hertfordshire’s Mills, (including the cover image of Corey’s Mill by Samuel Lucas Sr) and Scotland’s Homes fit for Heroes, a book on Garden City Influences on working class housing. The TCPA (Town & Country Planning Association) has just asked to reproduce our Spencer Gore, Letchworth The Road, in a forthcoming publication, and at the other end of the scale, a family historian in the US has requested an image of our Kershaw’s Coach painting for a small booklet he is writing. The more commercial requests provide a small but steady income stream for the museum service.

In July we ran two craft sessions for people with dementia and their carers, in partnership with the Hitchin British Schools Museum, as part of the Alzheimer’s Society Dementia Friends programme. We would love to do more of this once the museum opens. 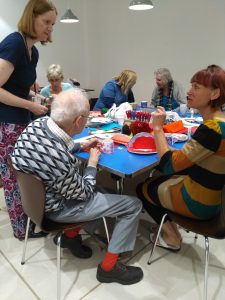 One of craft sessions for people with dementia and their carers

We’ve been busy making sure that we are all up to date with the training we need to run the new museum, and so that staff can also act as Duty Managers for the Town Hall. The curators are now Fire Marshalls and fully-trained St John’s First Aiders, and all staff received dementia awareness training. We also hosted a training day on Asbestos Awareness for local museum staff, as a surprising number of museum objects, particularly 20th century social history items, were made from or include asbestos – the indestructible wonder material of its day. Unexpected things like shoes or toys may contain asbestos, so we have been going through all the collections with a standard risk-assessment checklist, and have found a few items which have been stabilised. 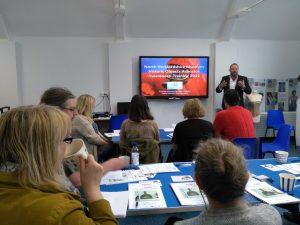 In July, on what seemed like the hottest day of the year, the South & Eastern Museum Federation held their AGM at the museum; in August we hosted a meeting of the Hertfordshire Association of Museums Archaeology Group, and next month we will be welcoming the Hertfordshire Heritage Fund for their AGM.

We are thrilled to announce that the partnership of North Herts. Museum, the British Schools Museum and Stevenage Museum has been successful once again in gaining grant-aid from Arts Council England (ACE) for the second phase of our Museum Champions volunteer scheme. This time we gained £52,800, and the three museums will be sharing a Digital Audience Development Officer for 16 months. The successful candidate will work with staff and volunteers at each partner site to build digital skills and produce audience development, marketing and digital strategies to help increase participation, both on site and virtually. The postholder will also offer tailored volunteering for young people aged 14-21. We are extremely grateful to ACE for this welcome support. 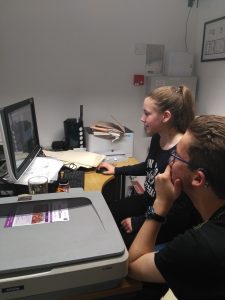 We had a number of work experience students this summer. Freya and Theo researched local folklore records in our archive, in readiness for a display and week of special events next summer, including Morris Dancing, folk music and story-telling. Dylan plotted the location of Second World War bombs in the District, using Google Earth and our Hitchin Urban District Council Incident Map, which shows exactly where various different types of bombs fell. 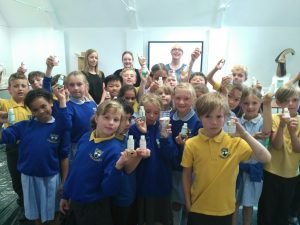 Children from Whitehill School in the Learning Centre, with the bubble bath they made in a science project here

Our Archaeology & Outreach Officer has given a number of talks and guided walks , including talks to Baldock Festival (where he also ran an object identification day); to the Norton Community Archaeology Group , and to Walkern Local History Society. He is giving his professional guidance to this group shortly, advising them on how to dig and record test pits in their back gardens, to build up a history of the village. Keith also recently delivered a Roman mosaic glass plate to the British Museum, where scientists in the conservation labs will submit the plate to X-ray diffraction. The trace elements in the glass will help to give an indication of where in the Roman Empire it was made. It is part of a larger group of splendid metal and glass objects belonging to a wealthy early 3rd century Roman living near Kelshall, found by a metal detectorist. The group has been deemed Treasure, and the Museum Service hopes to acquire it, for display in the future, once the metalwork has been conserved.

The much-loved Perks & Llewellyn chemist’s shop counter, with its array of glass bottles, lotions and potions, has been moved to the new museum upstairs gallery, where it is looking splendid. The remaining furniture and fittings (all on loan from the Hitchin Historical Society) were collected by Hitchin Lavender in Ickleford, where the Hunter family has carefully installed them to make an excellent chemist’s shop display for visitors to the lavender farm. 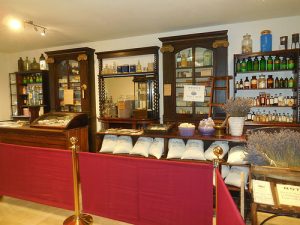 As  some of you may have heard, museum staff have had to move out of our office, Learning Centre and Local Studies Centre as we have had our right of occupancy terminated by Hitchin Town Hall Ltd. We all hope that this is a temporary arrangement. In the meantime we are progressing with the museum fit-out, and aim to open the new museum  in stages; we will update the blog once there is anything further to report. 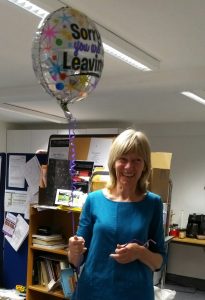 Kate’s last day at the museum

And finally, we were very sorry this summer to say farewell to Kate Pape, who many of you will remember from Letchworth Museum. We’ll all miss her, and wish her the best for the future.