On Saturday 9 July, the Museum Service hosted a one-day course run by Dr David Klingle on how archaeologists get information from human bones. Eleven participants examined a selection of skeletons mostly from Roman Baldock but also including a sub-Roman skeleton from Hitchin. They included student archaeologists, amateurs and members of the public with a general interest in the past. 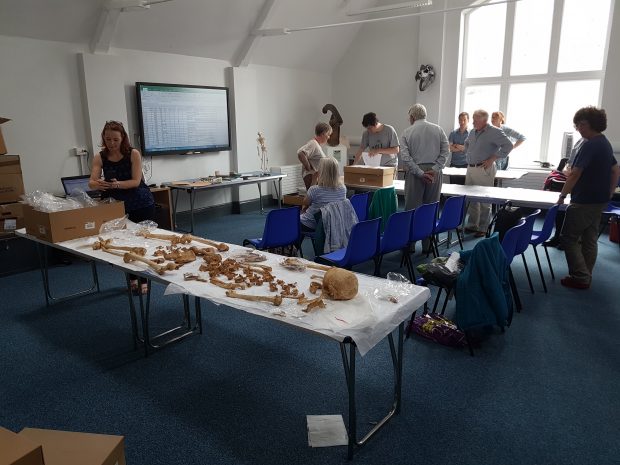 The course began with a guide to identifying which part of the body the bones came from. Some are obvious – anyone can recognise a skull and most people will recognise leg and arm bones – but others are much more difficult. David took everyone through the process of recognising individual bones and which sides to the body they belonged to.

What can be learned from the detailed study of human bones? Perhaps more than you might think. Firstly, we can usually work out the age a person was when they died. Although it is not exact, it is mostly possibly to give a range of ages (such as 40s or 60s). Children and younger people are easier to age because we continue to grow and our bones fuse into our 20s, so ageing people under 20 is generally more accurate. 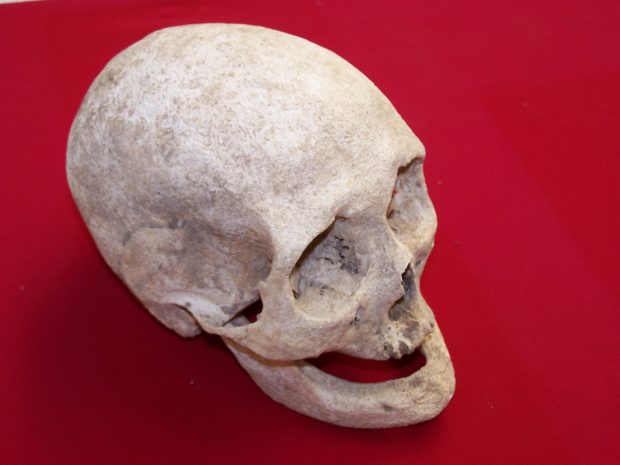 The skull of an elderly toothless lady from Late Roman Baldock

We also try to sex the skeleton. There is no single thing to recognise that can tell us if it was male or female. Instead, we look at a variety of factors, including the shape of the pelvis, the shape of the skull and how robust the bones are. Even so, there is a lot of overlap between male and female skeletal characteristics, so it is sometimes impossible to be sure one way or the other.

The next think to look for is anything unusual in the bones. Are there signs of disease? If so, was the disease still active when the person died or had they recovered from it? Are there signs of disorders during growth and development? Are their signs of broken bones that have now healed? What were their teeth like? The teeth on our Roman skeletons are usually in poor condition, with a thick build-up of calculus, plaque that has mineralised through not being removed. Clearly, people ate a lot of sweet things and did not brush their teeth. 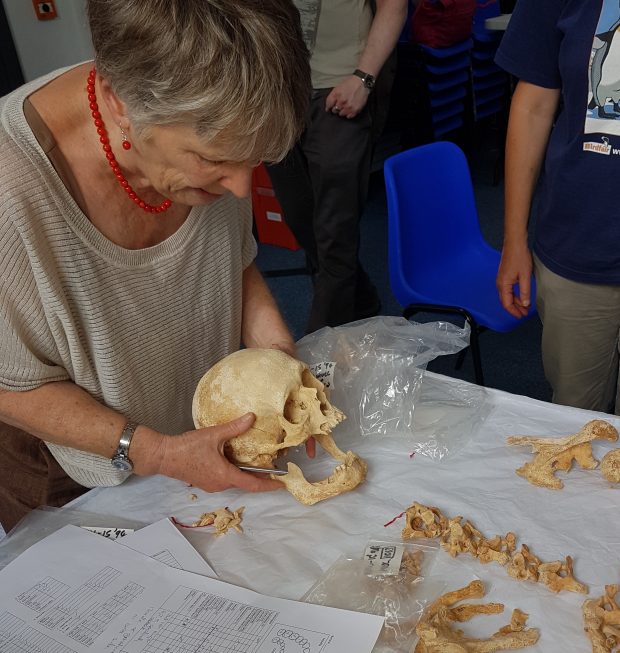 Examining a skull and lower jaw

Occasionally, we will find something very unusual. One of the Baldock skeletons has a large bony lump the size of a golf ball on the left side of its lower jaw. The teeth above it are missing and had fallen out some years before the person, probably a man in his 30s, died. At the moment, we are not sure what caused the growth and there are several medical possibilities. We will continue to investigate this, as the condition appears to be very rare. 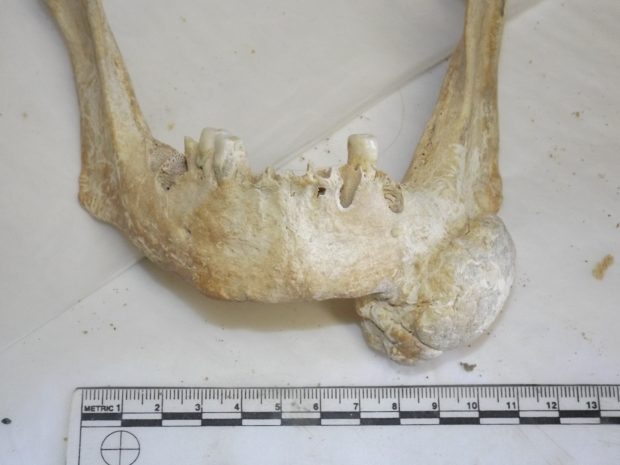 An unusual bony growth (osteoma) on a lower jaw. This was probably uncomfortable but not painful or life threatening, so not the cause of death.

The course on 9 July was very successful, with satisfied participants. We will be running a weekend course on 22-23 October, in which participants will be able to look into the process of examining skeletons in greater depth than on a one-day course. For further information, email David Klingle who will be running the course.