Paul Kidby: Discworld® and Beyond 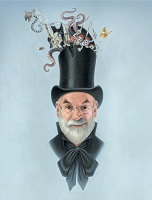 Self-taught artist Paul Kidby was born in West London in 1964. He left school at 17 and worked as a commercial artist before becoming a freelance illustrator in 1986. He is best known for being the ‘artist of choice’ for award-winning writer Sir Terry Pratchett and has designed the Discworld® book jackets since 2002. He has also illustrated many Discworld® publications, including The Art of Discworld® and The Last Hero.

The opportunity to illustrate Discworld® has brought Paul’s work to a global audience. The success of the partnership between writer and artist seems to be based on an unspoken understanding. Paul says: ‘When I began illustrating the novels I felt the characters were so well realised that drawing them was merely translating word to line’; while for his part Sir Terry said: ‘Paul sees things my way about 75% of the time, which suggests either mind reading is happening or that my vision of my characters is really rather vague until I see his drawings’.

Paul is also kept busy working on his own projects. For these, he draws inspiration from the English landscape and its associated folklore, and since he moved to the New Forest with his wife Vanessa, its wild beauty and the diversity of its flora and fauna has become a particular source of wonder and stimulation.

Paul’s first foray into sculpture was the creation of portrait busts of Discworld® characters as three-dimensional aids for drawing. Discovering that he enjoyed the sculpting process as much as painting and drawing, he began to create bronzes of mythical beasts and inspirational creatures.
His limited-edition bronzes are collected worldwide. This exhibition also introduced fans to this lesser-known aspect of his work.

North Herts Undaunted: Our Fight for the Vote 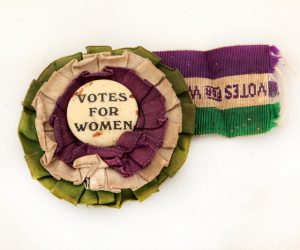 ‘North Herts Undaunted: Our Fight for the Vote’ told the stories of a number of high-profile suffragettes from North Hertfordshire who led the way on the Votes for Women campaign at the turn of the last century.

Suffragette Mrs Elizabeth Impey of Hitchin featured prominently in the exhibition. She was arrested for ‘disorderly conduct’ in 1907 for walking three abreast outside Parliament. Letchworth’s Jane Short broke windows of both Baldock and Hitchin Post Offices and was later imprisoned for arson, while Lady Constance Lytton of Knebworth House was force-fed so harshly that her health never recovered. Items on display included Mrs Impey’s ‘Votes for Women’ rosette and scarf, her autograph book signed by famous suffragettes such as Christabel Pankhurst, Annie Kenney and Millicent Fawcett, and her Holloway badge and letters.

The exhibition was part of a Heritage Lottery Fund (HLF) partnership project with Stevenage Museum, the Garden City Collection and Knebworth House. 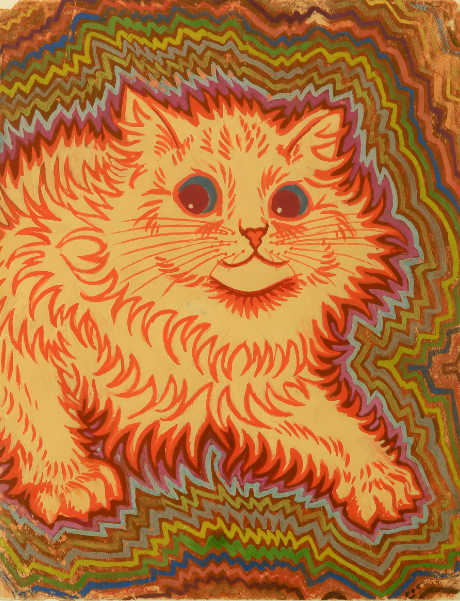 Paintings by the Victorian artist Louis Wain borrowed from Bethlem Museum of the Mind in London.

Born in London in 1860, Louis Wain is best known today for his psychedelic paintings of cats. He was a prolific artist, sometimes producing several hundred drawings a year. He illustrated around one hundred children’s books, and his work was regularly reproduced on postcards.

Wain’s life was not easy. Aged twenty when his father died, he was responsible for his mother and five unmarried sisters. Although his illustrations were popular, he was financially naïve and exploited by publishers. Sadly, his wife Emily died of breast cancer three years after their marriage. During her illness, Wain sketched their kitten Peter to amuse her and soon began to specialise in cat pictures. At first, the cats were on all fours, but Wain soon began to paint them standing upright, in human clothes. Wain’s cats play musical instruments, drink tea, play cards, go fishing, smoke and enjoy a night at the opera.

Wain became increasingly unstable after his mother and then his eldest sister died. He was certified ‘insane’ in 1924 and admitted to a pauper ward of Springfield Mental Hospital in South London. After a public campaign in his support, he was transferred to Bethlem and finally to Napsbury, near St Albans, where he remained until he died in 1939. Wain continued to draw and paint throughout his life in hospital. His work is evidence of how his skills as an artist remained intact despite his erratic mental health.

Artists Under Fire: Remembering the Great War 1914 -1918
WW1 drawings and prints from the Ashmolean Museum 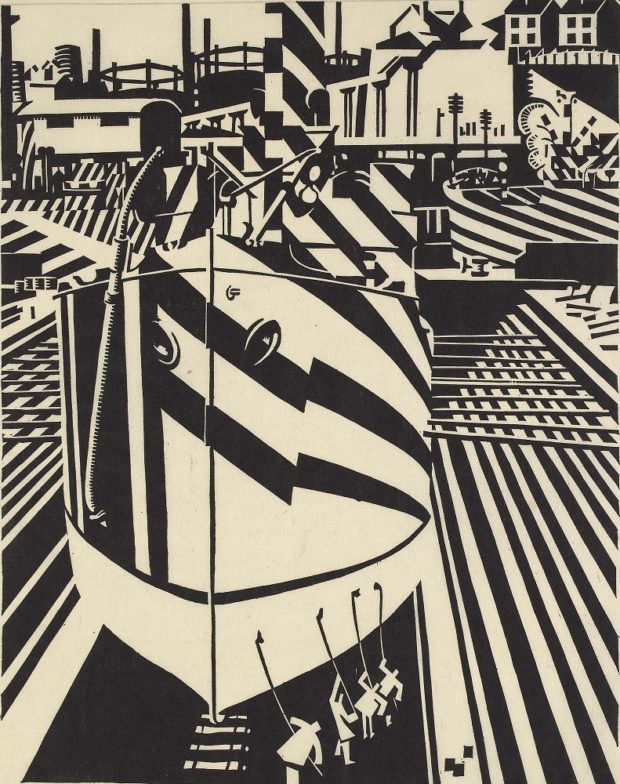 Based on the rich collections of the Ashmolean Museum in Oxford, it showcased a range of rarely seen prints, drawings and watercolours revealing the effects of the war on soldiers and civilians alike, as seen through the eyes of contemporary artists. Dramatic depictions of diving bombers, devastated landscapes and action in the trenches, contrasted with scenes of life on the Home Front, made this a moving and educational display.

In addition to the works of art on paper, the exhibition presented nine commemorative medals from the Ashmolean’s Heberden Coin Room. These varied designs include work by German, French and Belgian artists, and reveal an unexpected colonial dimension, reminding us of the participation in the conflict of soldiers from Cameroon, Rhodesia and German East Africa. Together these works show how artists on all sides of the conflict responded with astonishing creativity to the horrors of the Great War. 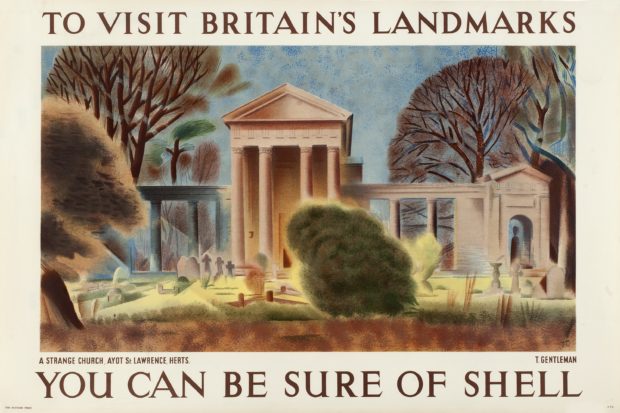 This unique exhibition celebrated British landscape painting, through the posters commissioned by Shell for their successful advertising campaigns from the 1920s to the 1950s. The works showed the diversity of artistic styles emerging in Britain after the First World War, with posters by well-known artists including Paul Nash, Vanessa Bell, Graham Sutherland and Duncan Grant.

The exhibition was on loan from The Shell Heritage Art Collection, based at the National Motor Museum, Beaulieu. It’s one of the most important collections of commercial art in Britain, spanning years of advertising campaigns.

The exhibition focused on the period when Shell’s advertising was driven by ideas of travel and discovery, featuring the slogans ‘See Britain First’ and ‘Visit Britain’s Landmarks’. The posters depicted quirky and interesting places to visit and encouraged drivers to jump into their cars and explore the British Isles.

Alongside more than thirty posters and original artworks, other material commissioned by Shell was displayed, including advertisements by Edward Bawden, county travel guides, and a film narrated by John Betjeman. 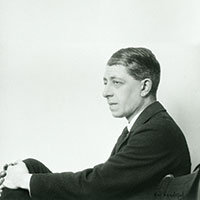 The exhibition F L Griggs, Visions of England looked at the work of a well-known early twentieth-century artist, printmaker and book illustrator.

Frederick Landseer Griggs (1876-1938) was the son of a Hitchin baker, and grew up over the shop on High Street, attending schools on Bucklersbury and Bancroft, and then the new Hitchin Boys Grammar School. He later called Hitchin ‘one of the most beautiful small towns in England, set in one of her happiest counties’.

The exhibition was lent to us by the Ashmolean Museum, Oxford.