Ashwell is the most northerly parish in North Hertfordshire. Its northern ‘tongue’ borders Bedfordshire to the west and Cambridgeshire to the east. It contains the communities of Ashwell, the main settlement, and Redlands, on the county boundary to the east of the village. 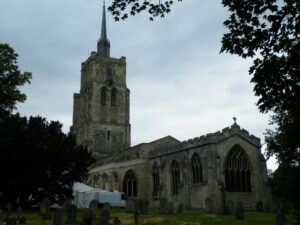 The Uk and Ireland Genealogy website explains where to find parish registers.
The Family Search website links to free and subscription resources.