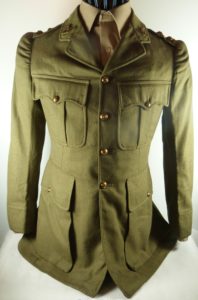 The Hertfordshire Yeomanry was originally set up in the 1790s as a cavalry unit to defend against possible invasion from Napoleon’s France. Between 1800 and 1900 the Yeomanry grew and served with distinction in the Boer War, the First World War and the Second World War. Some units served at home and others volunteered to serve abroad, from South Africa to Egypt, Gallipoli, Palestine and Iraq. Between the World Wars, some Yeomanry regiments were changed from cavalry to artillery. The Yeomanry was eventually absorbed into the current Royal Artillery. The collection was built up across many years by Colonel John David Sainsbury OBE TD FSA, an avid historian who was born in Hitchin and who produced many publications on the Yeomanry. The collection passed to our museum service in 2004.

The Yeomanry was serving in Singapore when the city fell to the Japanese. Trapped in prisoner of war camps, soldiers made things from whatever was available to keep up morale and sometimes to sell for food and medicine.

Thomas Taylor, a Private and then Lance Corporal in the Second Boer War (1899-1902) later wore this jacket. Dress jackets are now only used on ceremonial occasions.

This helmet is the only one of its type to survive and is similar to those used at the Battle of Waterloo in 1815. This helmet underwent in depth conservation cleaning before display in the museum.