The Damned at The Regal

When people think about museums, most people think ‘Old’. People picture photographs of dour looking Victorians or broken pieces of pottery from the Roman era. Museums did not stop collecting in Victorian times and we continue to chart the history of our towns and villages into the modern era. We recently acquired this concert ticket for the appearance of the band The Damned, who played at the Regal in Hitchin on Wednesday 6 October 1982. 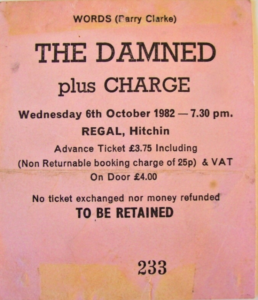 This ticket tells us about local history in ‘modern times’ as well as the emergence of punk and later goth subcultures.

The Regal was a cinema which opened on the site of what is now the Regal Chambers GP Surgery in 1939. Up and down the country the cinema industry boomed with 1.64 billion admissions seen in the year 1946. From the 1950s onwards the popularity of cinemas declined as televisions became cheaper and towns, often home to a few cinemas each, saw the mass disappearance of cinemas from the high street.  As part of this slump The Regal closed as a cinema in 1977. The cinema industry saw its worst year in 1984. At that stage, the musical second life of The Regal was almost at an end as well. The Regal had reopened as a concert hall and recording studio in 1980, perhaps hoping the reinvention would allow them to tap into the exciting music market and appeal to new and younger audiences. Despite the change The Regal closed once again, for the final time, in 1985. 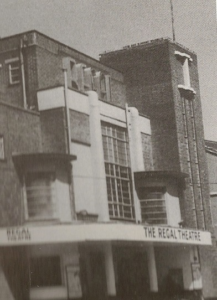 The Damned were the first punk band to release a single, New Rose, beating the Sex Pistols release of Anarchy in the UK by five weeks in 1976. In December 1976, The Damned were set to be an opener for the Sex Pistols on their Anarchy in the UK tour. The tour marked a fascinating moment in music history. Only seven of the scheduled twenty gigs took place as many were cancelled by local authorities or concert venues out of a ‘moral panic’, largely based on the fact that the Sex Pistols had sworn on live television, goaded by the presenter to ‘say something outrageous’. University heads, venue controllers and council leaders feared violence and vandalism and more, should they have let the tour reach their town. A scheduled appearance of the tour in Caerphilly in Wales was protested against by a Christian group who sang carols and prayed for the very souls of those involved.  A year later The Damned supported Marc Bolan (of T-Rex fame) on tour. The Damned also appeared on Bolan’s ITV television show Marc in 1977. Bolan was looking to revive his career and draw the attention of younger audiences unfamiliar with the height of his popularity, five years previously, but died tragically in a car crash that September.

In 1982, the year of their appearance in Hitchin, The Damned began to change. Captain Sensible, the main songwriter, scored a solo number one hit with Happy Talk, leading to a solo career. He drifted away from The Damned in the mid 1980s, playing a last concert in 1984. Meanwhile, the band adapted to the emerging Goth scene, with singer Dave Vanian’s already Dracula-like stage persona fitting in well with the new subculture. 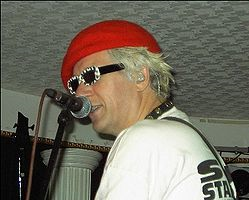 Captain Sensible with trademark red beret and glasses, pictured in 2006

Following the departure of Captain Sensible, lead singer Dave Vanian, who was born in Hemel Hempstead in Hertfordshire took the band in the direction of gothic rock. Influencing the style of the goth subgroup. In 1976 the music magazine NME stated that Vanian “resembles a runaway from the Addams Family”. Vanian, a name derived from ‘Transylvanian’, adopted an on and off-stage fashion style that some compared to a vampire from classic horror films. You can see the obvious comparisons on the pictures below. It Is amazing to think that on an October Wednesday in 1982, in some of its final days, The Regal played host to a band that in its own way shaped music history. Hitchin caught a glimpse of the emergence of Punk and Goth and the beginnings of their music and fashions that continue to endure worldwide. 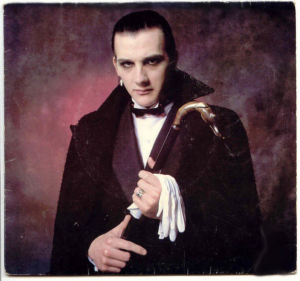 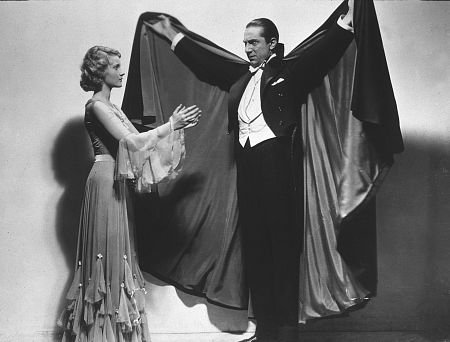