Published Monday 11 May 2020 | By Keith Fitzpatrick-Matthews 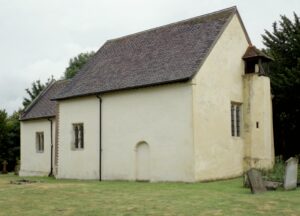 Bygrave is a village that lies between Baldock and Ashwell. Today, it is remote from traffic, which passes along the A505 to the south and the A507 to the west. This is partly a result of Victorian history, when the railway cut off its connections to the south and east in the 1840s. In the Middle Ages, it was home to a market and its fair continued until the 1880s or 90s. The village has mysterious earthworks; a deserted hamlet; an Iron Age and Roman landscape can be reconstructed in the western half of the parish; the remains of a woolly mammoth from the south-western corner are now on display in North Hertfordshire Museum.

Read more about its history here.